This once uninhabited strip of land between Mt. Pleasant and Isle of Palms was originally called Eagle Island. After a man, his wife, and their herd of goats claimed squatter's rights on the island it become known as 'Goat Island,' a sanctuary for those looking to escape the burdens of a depleted post-WWI economy.

In the early 1930s, Henry and Blanche Holloway were in search of such a retreat — a place where they could fend for themselves with the ability to refuse to live under society's rules and regulations and dodge the watchful eye of the community. These two nomads lived under the palm fronds and atop marsh land changing locations with the waters ebbs and flows. Only 200 yards from civilization, they chose to live solely off the island inhabited at that time only by a herd of goats.

More than 80 years later, Goat Island remains what it was originally designed to be — a sanctuary for those hoping to escape the hustle and bustle of life in the city. Still separated from civilization by water, this small and simple rustic island continues to be a relaxing retreat for the lucky ones who are able to visit or live there.

Goat Island is unique because of its accessibility only by boat and its natural marshland. Located on the Intracoastal Waterway, he island is a simple one-minute boat ride across the ICW to the Isle of Palms Marina, and a 20-minute boat ride to the Charleston Harbor or Cape Romain Wildlife Refuge.

1 properties available
Island Retreat! Full of character and charm, this Goat Island home is the perfect vacation retreat located on the Intracoastal Water off the Isle of Palms. The island is unique in that it has no automobile access and is surrounded by Marshland. The house is located only a few minutes boat ride from the Isle of Palms Marina. To rent this home, yo
HOT 116 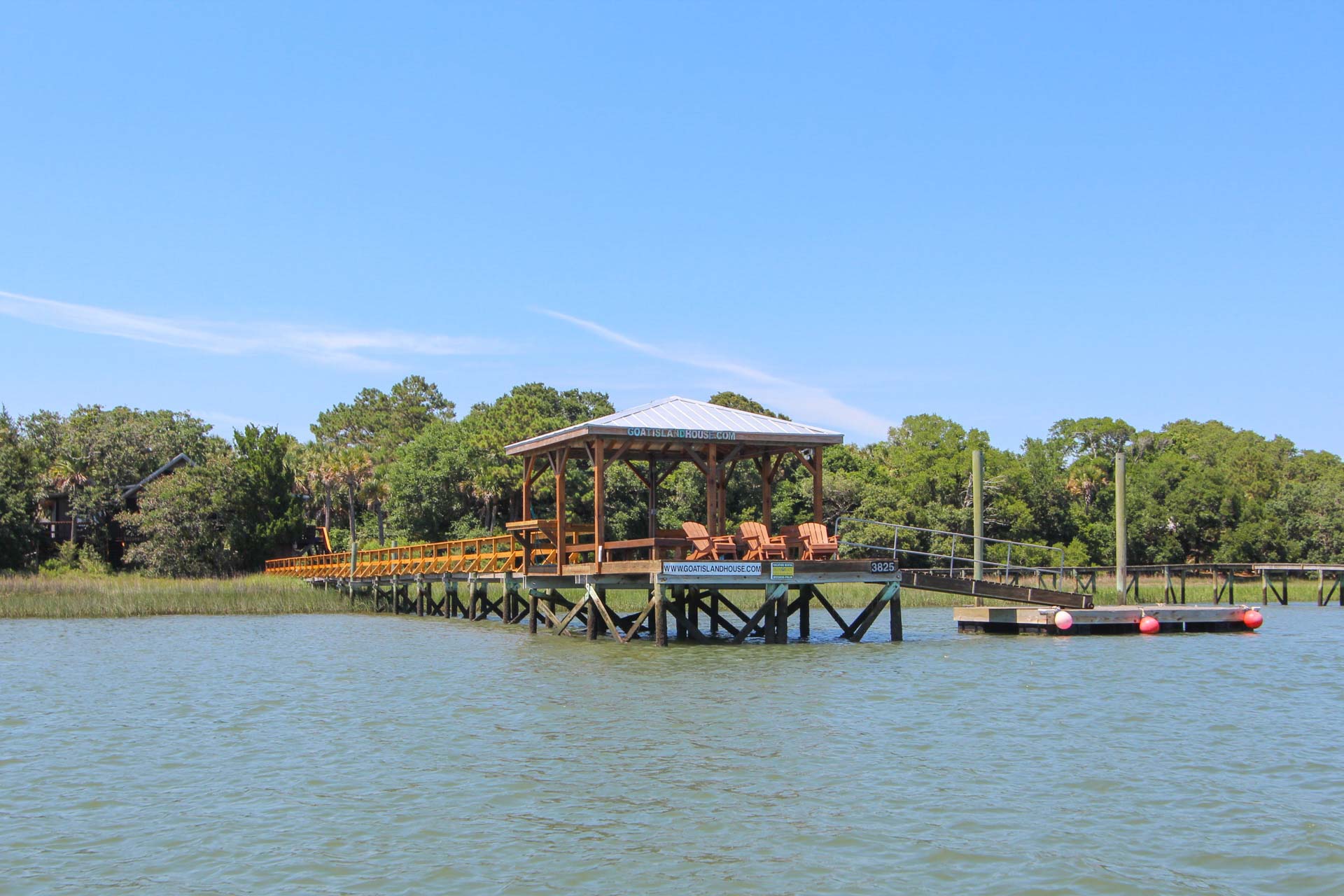 Tell us what you're looking for and someone will contact you with available options.